The Polar Bear Hotel, part of the Harbin Polarland theme park in Heilongjiang, China, opened its doors this week to full bookings and criticism from animal lovers after it was reported that all rooms offer guests 24-hour tours of a polar bear enclosure.

The newest attraction in Harbin Polarland, marketed as the world’s first “polar bear hotel”, was designed jointly by the famous Russian designer Kozylenko Natalia Yefremovna and the Japanese designer of the theme park Shuji Miyajima. It is built around a small polar bear enclosure so guests can view two trapped polar bears both from the ground floor and from any of the 21 available rooms. The concept has drawn a lot of attention, both from people willing to pay a premium to book a room, and from animal activists who accused the facility of profiting from the animal’s plight.

“Polar bears belong in the Arctic, not in zoos or glass cases in aquariums – and certainly not in hotels,” said Jason Baker, senior vice president of animal rights group PETA. “Polar bears are active in nature for up to 18 hours a day, roaming home areas that can stretch for thousands of kilometers, where they enjoy a real life.”

“A panoramic prison for polar bears … haven’t we learned anything about cruelty to animals?” One person commented on Chinese social media. 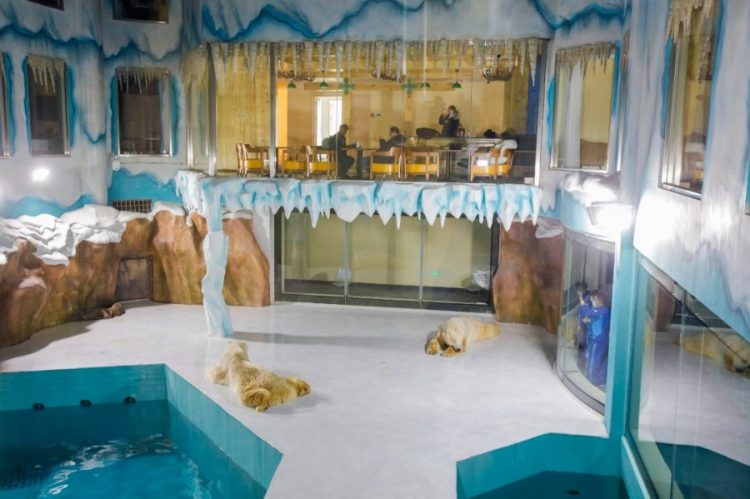 “Loopholes in China’s animal welfare law allow companies to exploit animals regardless of their welfare,” complained someone else.

A spokesman for the Polar Bear Hotel responded to the criticism by saying that the indoor area that guests can see is only part of the entire bear enclosure and that they are allowed outside if the temperature and air quality permit. That did little to reassure the general public, however, as photos of the tiny enclosure with two small pools, man-made stones, and ice continued to circulate online.

Despite the controversy over the treatment of endangered animals, the Polar Bear Hotel in Harbin opened to full bookings and keen interest from Harbin Polarland theme park visitors. Apparently, the concept of having polar bears as neighbors for even one night turned out to be hugely popular. So popular, in fact, that people have no problem paying anywhere from $ 290 to $ 352 a night to book a room …

The Pandemic and the Limits of Science