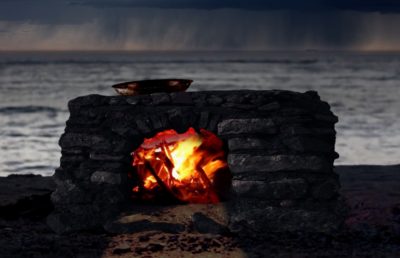 Editor’s Note: This article contains citations from contemporary accounts that may be offensive to today’s readers.

The moon was new on the night of July 31, 1761 and the vastness of the Indian Ocean was uniformly black. But Captain Jean de Lafargue of the French cargo ship L’Utile saw no danger. While there were some minor discrepancies between the charts available on board, this part of the sea was clearly empty, save for the large number of birds the crew had seen all day, and he had no desire to slow down . He had been at sea for more than a week; It could take more than three minutes to sail from Madagascar to the Mascarene Islands, where the governor awaited his return with food and supplies. Threatened by the English fleet, the colonies there needed everything he could bring.

Lafargue had his own additional reasons to keep going. An enterprising chap, he’d taken the opportunity in Madagascar to source some goods to sell on his own, making L’Utiles Route a little detour from their obvious course back to the Mascarenes. Since Lafargue was not supposed to do any personal merchandising on this trip, he made his way to Rodrigues Island, where he could trade his cargo before continuing to his official destination Île de France (now known as Mauritius). Rodrigues was nearly 600 kilometers to the east, but given the uncertain timeframes for sailing ships, no one should be the wiser about his little detour – as long as he didn’t go too far behind schedule.

It was just after 10:20 that night and Lafargue was in his cabin when two sharp bumps rocked L’Utile. They weren’t very violent, but every seaman on board knew what they meant: L’Utile had just hit the ground. They barely had time to recover before a third, much harder jolt shook the ship. Desperate, unable to see the obstruction, the crew tried to turn, but all they did was expose the flanks of the ship to the current. Huge waves started and breakers fell on his deck. The waves, which had seemed so calm all day, had L’Utile under their control, pounding them against the unknown swarm on which they had sunk.

In the hold, the 160 newly bought Lafargue slaves screamed.