Human-Powered Grill Makes You Work for Your Meals

A tech-savvy Japanese Youtuber recently unveiled a special grill that actually requires users to burn some calories to turn on the device and cook the meat.

Japanese Youtuber Bomb_tamio specializes in crazy inventions that will bring a smile to the face of viewers, but his latest creations have actually intrigued many people, especially those looking for creative ways to lose weight. In a video posted last month, the young inventor can be seen preparing to cook strips of bacon on an electric grill, only instead of turning it on with the button, he runs one foot over a yellow pad. It is this rapid movement that drives the grill, so the user must keep moving until the meat is done.

In his showcase clip, Bomb_tamio only has to cook a few thin strips of bacon, but if you want to eat a more serious steak, you need to do some physical work, which means burning some calories while preparing to consume a little more. It may not help you lose weight, but at least you will get some exercise out of it. 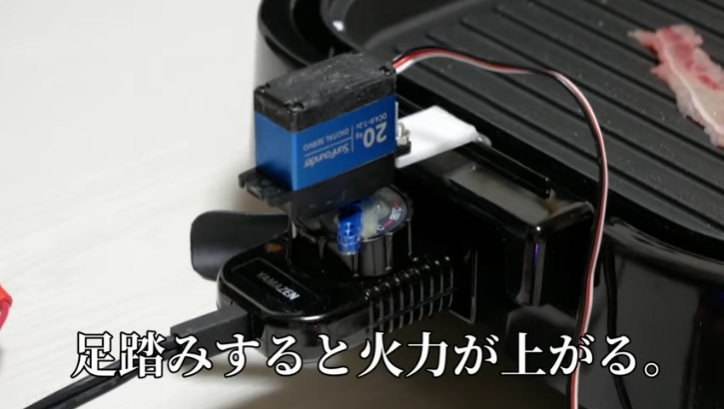 The only downside to this human operated grill is the noise. If you live in an apartment, the neighbors downstairs may not appreciate the constant pounding, especially if you plan to grill a lot.