Sick of the thin bodies and perfect faces of K-pop boy bands like BTS? Are you looking for something more ordinary? Check out Produce Pandas, China’s first chubby boy band.

As their band name suggests, the five members of Produce Pandas all resemble cute pandas – “huggable, chubby, relaxed and happy. At least that’s what the lead dancer, Mr 17. While their mission is very similar to that of the hundreds of cookie cutter boy bands in China – promoting positivity and serving as good role models – they have taken on a very different look. Instead of the anime-inspired looks and eyeliners usually associated with Asian boy bands, Panda Produce members just look like your average Joe, and that’s apparently by design.

“This is an oversized, all-singing, all-dancing idol band that has never been seen in the world,” said Mr. 17.

The five members of Produce Pandas were selected from 300 candidates and subjected to a grueling regime for several months before their debut last summer. Some of them were injured and one member, Husky, passed out, prompting management to hire a team of coaches and physical therapists, just as professional athletes have done. The work has paid off, however, as their debut single “La la la” was a huge hit both in China and abroad. 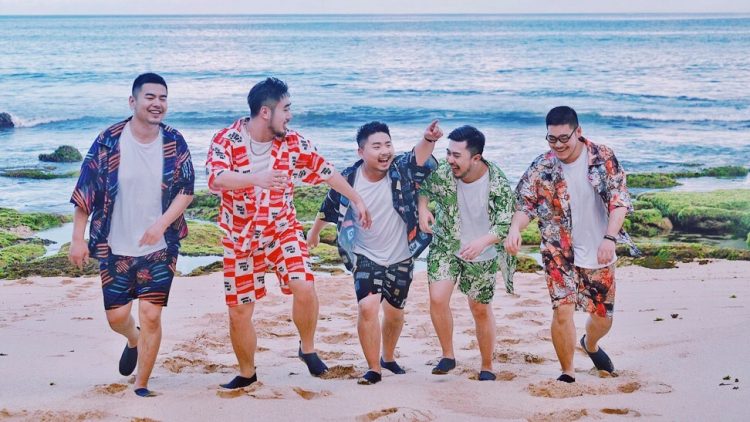 Otter, DING, Mr 17, Cass and Husky not only look different from most boy bands, they are on average much older than other boy band members. Between the ages of 22 and 31, the five oversized boys would all be considered veterans by industry standards.

To be part of China’s first oversized boy band, the five members of Produce Pandas gave up regular jobs and some even risked rejection by their families.

“[My family] I know I love to dance and sing, but at my age and with my overweight body shape, they doubt I can ever succeed, ”said Mr 17, the oldest“ panda ”. “I want to prove to my family that I can.”

Produce Pandas is considered a real anomaly in China as most boy bands there maintain pretty much the same unattainable standards of beauty. But the whole point of their existence is to inspire others that they don’t need chiseled bodies and perfect hair to make their dreams come true.

“Mainstream male idols sell the idea of ​​being cool and handsome. We’re more approachable and can play with the audience to make them happy, ”the 25 year old Husky told SCMP.

With just 9,000 followers on YouTube (at the time of this writing), Produce Pandas have not yet matched the success of boy bands like BTS, but are confident they can shape show business.